High Definition Fish Surveys (HDFS) were conducted to better understand the current distribution and habitat use of fish with the Ala Wai Watershed streams. The results were used in the USACE Flood Mitigation Project impact assessment on the loss of instream habitat from proposed flood control structures.  The HDFS approach allow for very rapid documentation of fish species presence in a wide range of urban stream conditions that were difficult to survey with other survey methods. The HDFS method easily integrates with the High Definition Stream Surveys (HDSS) method providing an excellent understanding of the distribution of habitat and fish species within a stream system. 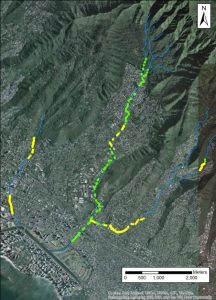 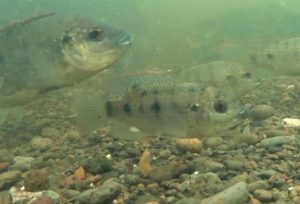 The High Definition Fish Surveys allowed for rapid fish surveys in a wide range of habitats throughout the streams. The video results were used for species identification and habitat use.